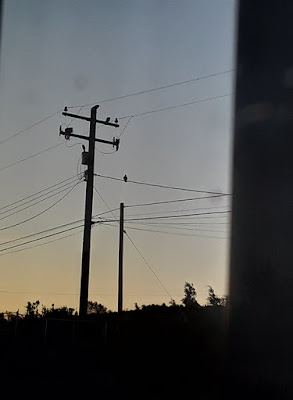 Why are crows, (or are they ravens!) amassing on the telephone pole in from of Al & Bee’s, (now mine) bedroom?
Oh well, I’ll worry about that later, after all…. Tomorrow is another day….

Sometimes I feel nobody is looking out for me… Sometimes I feel nobody has my back.
Al & Bee both have Alzheimers, of course my feeling of abandonment started way before that. This will have to be an entire entry.
My brother hasn’t bothered to contact me, this doesn’t surprise me, we have no relationship. This is historic, will also take its own entry, (if I even want to bother) and my sister only responded when I asked if she ever thought she’d live to experience something
like this. Her response was, “never, I”m waiting in line at Ralph’s, people are going crazy.” This thru text. She’s yet to return my phone calls. She’s a Christian.

Last night was the last cold night for the next few weeks… maybe even the season?
I no longer need to rely on me dad’s fireplace, (gave him credit) nor potbelly, (stove, not me tummy). I’m still using Lour: the infrared heater, but on lower setting, and probably won’t need her much longer. Only at night when it still gets chilly willy.
I’ve become accustom to weather patterns.. When exactly the sun comes up, when exactly it starts to set, when the temperature tips and makes me backache, when it gets warmer and I can remove Bee’s hand-knitted poncho, (she really thought of everything).

A little backstory, as I’ve previously written Al & Bee purchased the land and built the “cabin” in 1967-68. All my childhood weekends were spent here. As an adult I lost interest in the cabin, primarily due to estrangement from my father and distain from my brother,
who fully embraced the cabin. This is primarily due to me being gay. Of course there’s allot more to it and much gory history,
but how long do you want this diary to be?!

Through their early 90s Al & Bee continuously drove up here, although less frequently. As Bee progressively immersed in Alzheimers dementia, it wasn’t safe. This didn’t deter my father, who insisted, “ the drive is good for her.” I started to accompany them for their safety,  then that simply became too much, when my father also acquired the disease. 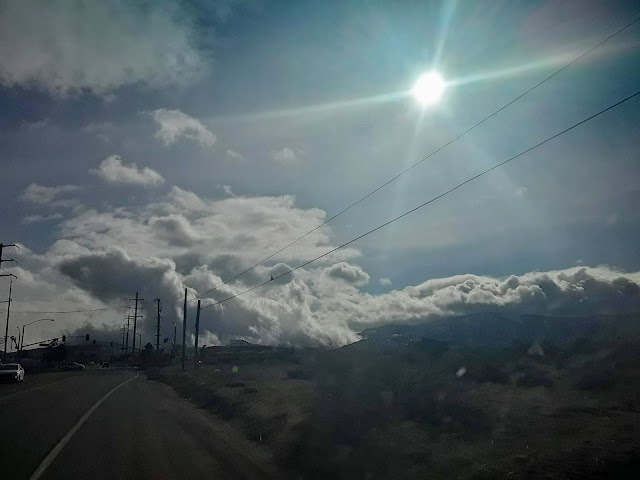 The first time I came to Bee’s cabin OMO, (on my own) was 2019. That’s when I was able to acquire a key from my sister and spent time, an entire weekend dusting.
During my first visit, I decided to meander about and see if I could find some of my childhood haunts. As I was driving down Sheep Creek Road, I noticed a handmade sign that read” Bonsai Nursery”…… in the middle of nowhere… on a sunny, winter afternoon. 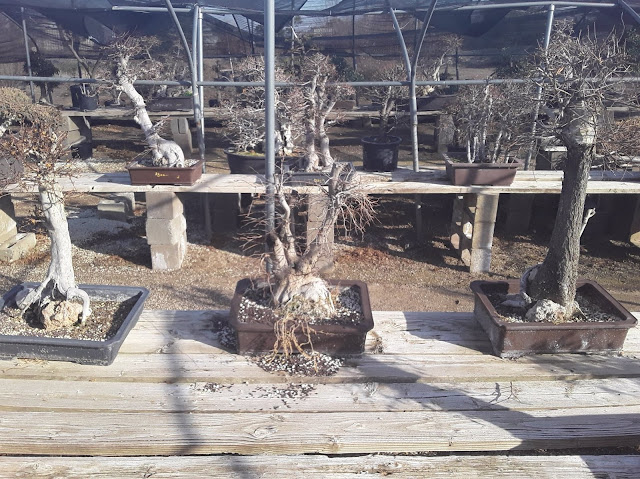 My curiosity was peaked. As I drove on an eroded dirt road, ahead looms hundreds of Bonsai, all sizes, all states of condition.
I got out of me dad’s hand me down, 1990 Ford Explorer and checked the mutha out. I would say there was about an acre of Bonsai.
One section was completely dried up and dead, like a bonsai graveyard.
In the living section, grand bonsai stood proud, with handwritten words that read- $4000 on sale marked down from $7000.
I was now in a shaded area with many smaller Bonsai,  little pine trees and Chinese Elms, price range-$30… Ok I can afford that. Suddenly this little puff flashes before me. At first I thought it was a bobcat, then realized it was a fluffy Persian kitty! It was so cute.
It looked thrilled to see me. 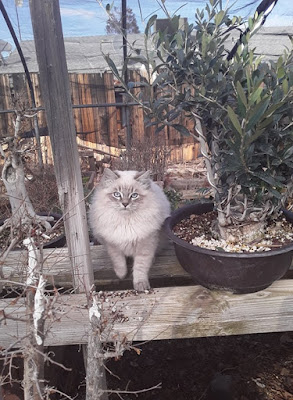 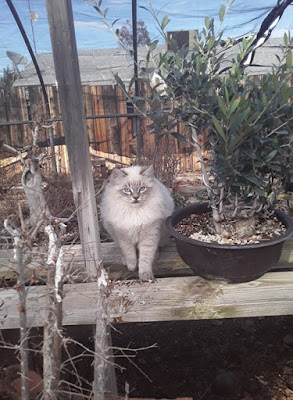 I guess she's not used to many visitors. It wanted to greet me, but seemed to have social anxiety. I can relate, so let it be.
As I was making my decision on which petite Elm tree to call my own, all of a sudden, another one pops by. Two fluffy Persian kitties!, depicting the stereotype; curious as a cat. Now this little Japanese man approaches me, he looks as old as the Bonsai.
He’s amazing. Like a living icon. He says to me nonchalantly, like we’re in a department store, “On sale today marked down-$28 dollar.” “I’ll take it,” I say.  I tried to ask him questions, but there was a language/age barrier. I don’t think he hears too well. I’m guessing he in his 90s. As he gives me change, I ask, (loudly) how to care for my new precious little Elm. He gives me a xeroxed paper with instructions. I thank my new Bonsai master profusely and waive goodbye to the twinnie kitties. They seem sorry to see me go.

My model Chris Fernandez, ( featured below in the donation request, I beg you. Please do!) named my new Bonsai- Salvador.
This was 3 months ago.

I brought Salvador back to his original area when I fled Los Angeles for the sanctuary in the high desert of California….
with nothing for miles, except a ninety year old Bonsai master, and two lonely Persian kitties with Anthropophobia.

So this is how the world will end. 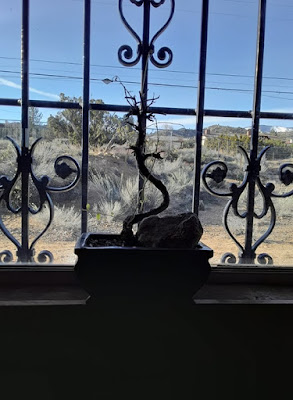 If you're able please donate to Rick Castro: It's the right thing to do- here 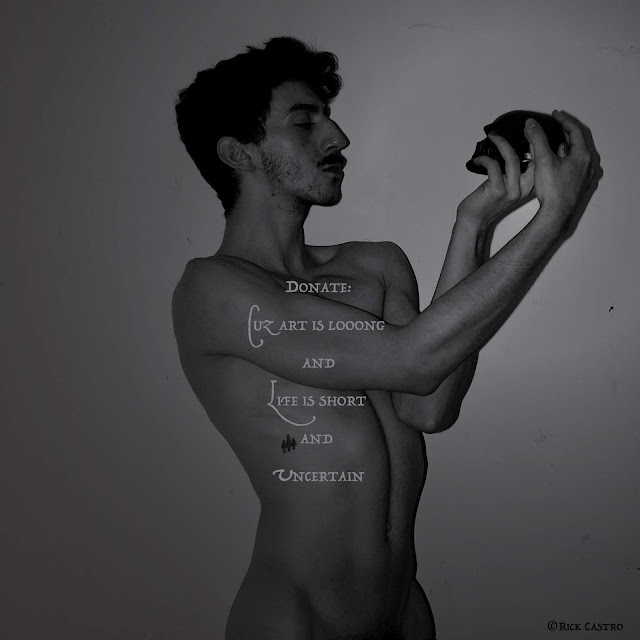 Posted by Antebellum Gallery at 7:37 AM

Email ThisBlogThis!Share to TwitterShare to FacebookShare to Pinterest
Labels: diary, DMZ, Dystopian nightMare timeZ, end of the world, hideous, I LIKE TO WRITE, plague mass, rick castro, SCARY MARY, so this is how the world will end...