I AM SO MAD at my neighbor marco morente... ..he's supposedly a designer.
besides the fact that he's copying my style and fashion sense for the past few years,
today- march 13th, 2010~ i decided to dress vintage/rodeo for my live interview with travelatmosphere.com . when marco  saw me he said, " you look like temple grandin."
what nerve!! not only does he think i look like an autistic person, but a female autistic person!
now don't get me wrong, i have nothing against females, (many of my best friends are) or autistic people, (my newphew is autisic) but that was not the look i was going for!
i think marco is just jealous because he cannot pull off this look. 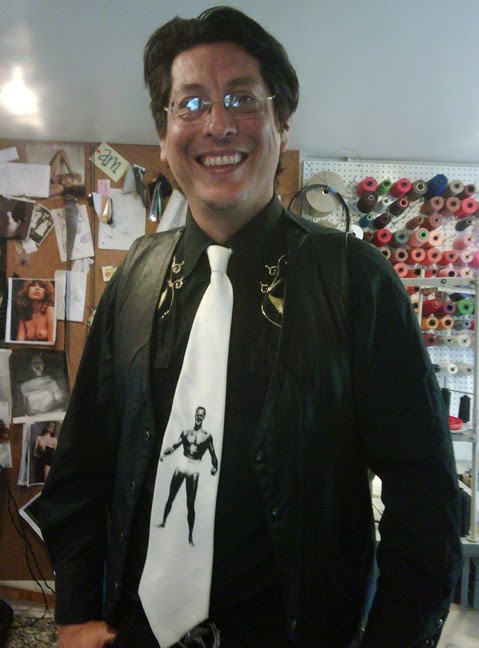 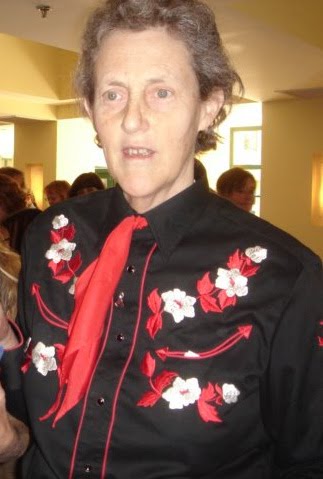 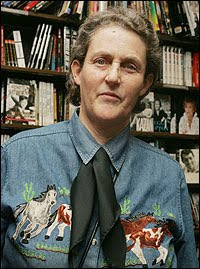 to try to soften the blow marco then said, "actually you look like clare danes when she did a portrayal of temple grandin for a tv movie."
thanks marco... i feel better now. 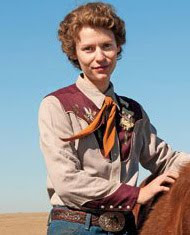 (clare danes as temple grandin)
Posted by Antebellum Gallery at 12:22 PM No comments: Links to this post 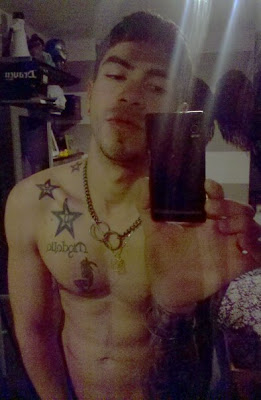 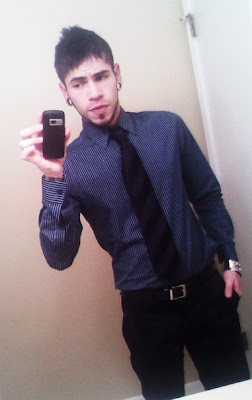 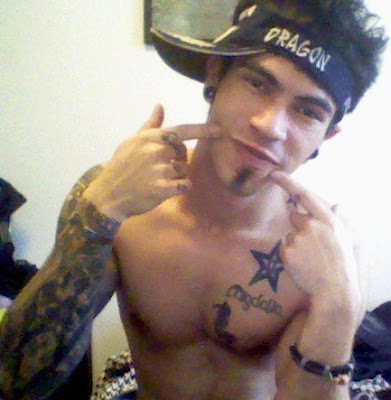 Posted by Antebellum Gallery at 8:41 AM No comments: Links to this post

FETISH IN A BOTTLE

check out these beautiful images by TYLER INGOLIA 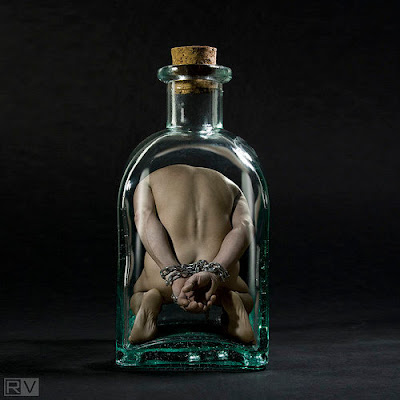 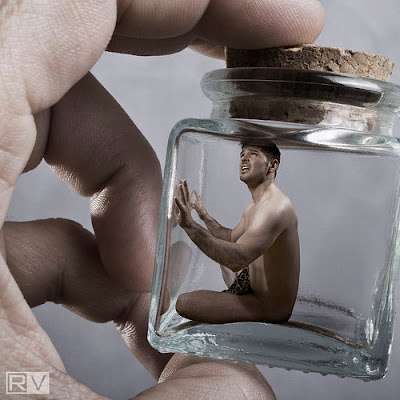 Posted by Antebellum Gallery at 8:34 AM No comments: Links to this post

THE SHIT IS STARTING TO HIT THE FAN

former minnesota governor- JESSE VENTURA was on the view promoting his new book about conspiracy theories. he may look a bit insane, but makes allot of sense.. so much so that even elizabeth hasselbeck has a mild revelation. will anything become of this info he is making public?


he then followed up on the JOY BEHAR SHOW and had even more info to share... this time with less interruption.

Posted by Antebellum Gallery at 10:58 PM No comments: Links to this post

LOS ANGELES FIGHTS BACK AGAINST BANKS

finally a city with balls!
The city of Los Angeles is putting banks it does business with on the spot. 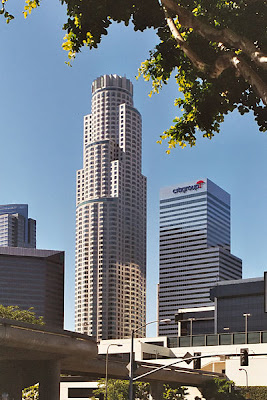 The unanimous directive coming from the city council is that banks need to help Los Angeles slow the pace of foreclosures ravaging its neighborhoods and battle a local unemployment rate that far exceeds the national average.

If the banks don't comply, they risk getting replaced by banks that do. The price for getting tossed: Lost access to nearly $30 billion in city savings and pension funds.

"We need to challenge the financing institutions that got us into this mess," says Richard Alarcon, a Democrat who introduced the city council's motion that passed 12-0 earlier this month. "Responsible local investments are critical for our economy."

Think of what's happening as a reward system for any banks that are willing to help Los Angeles's population of 3.8 million.

Banks are going to have to offer more than just a competitive interest rate or lower fees on investments to keep the city's business. They must prove they are investing within the city's boundaries.
READ MORE-
Posted by Antebellum Gallery at 3:31 PM No comments: Links to this post

my doll of a neighbor- MARCO MORENTE, is a great designer & sweet and all, but he keeps copying the way i dress!
i can't get him to stop... he must sneak into my closet late @ night and photocopy what i have layed out to wear for the next day.
this must come to an end.
to prove my point i had our other nieghbor hairstylist-
HECTOR YOVANI snap a pic of us... whom is copying whom?
unfortunately the photo is very blurry, (hector drinks allot) but you get the idea. 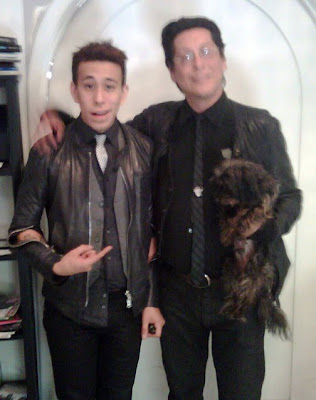 Posted by Antebellum Gallery at 12:52 PM No comments: Links to this post

the new video by lady gaga is so cute!
i love the prison bitch scene.. reminds me of early john waters.
check it out-

Posted by Antebellum Gallery at 11:28 PM No comments: Links to this post

and finally here are images from the "official" photographer-
GREG DAY from antebellum gallery's opening reception for tomorrow's man. 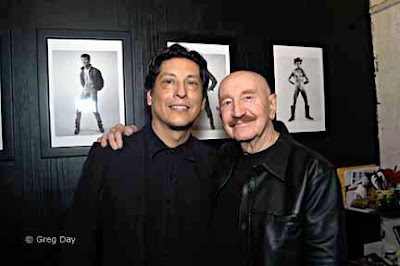 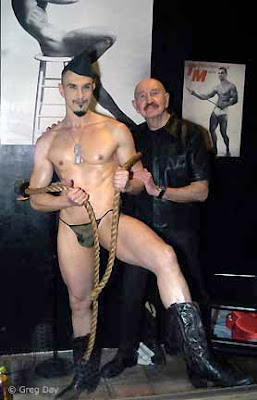 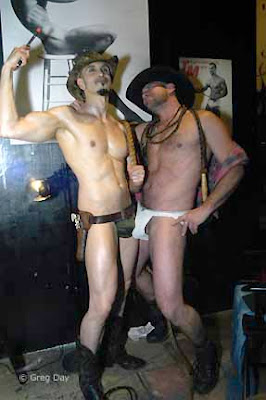 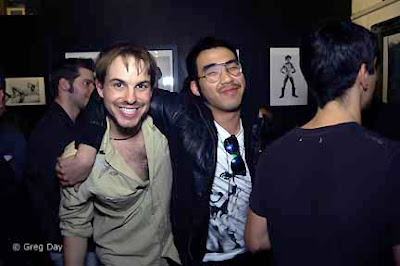 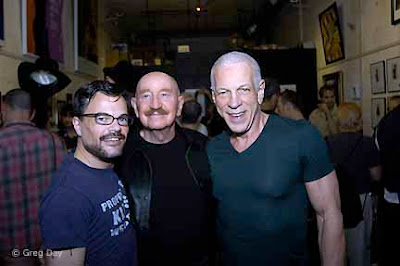 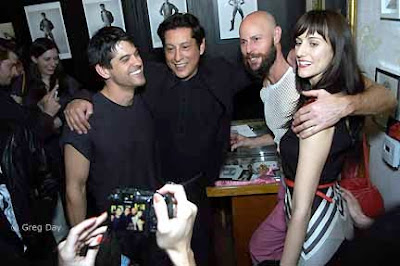 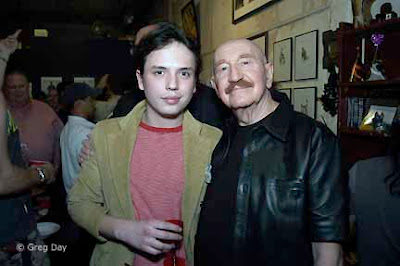 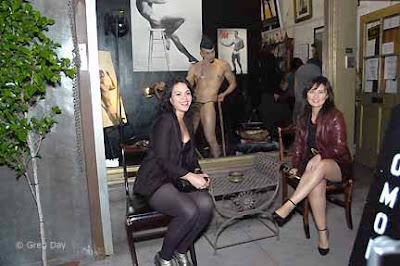 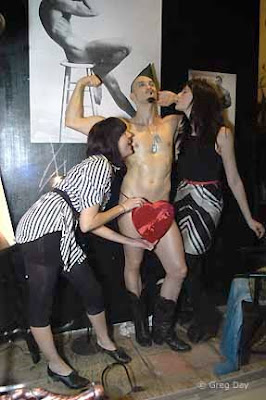 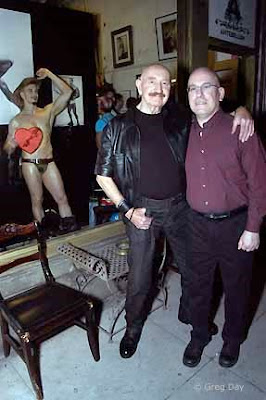 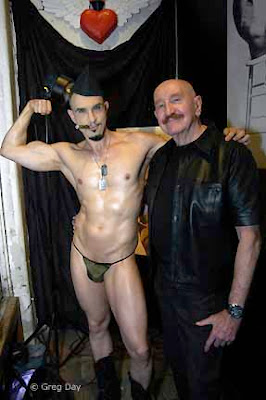 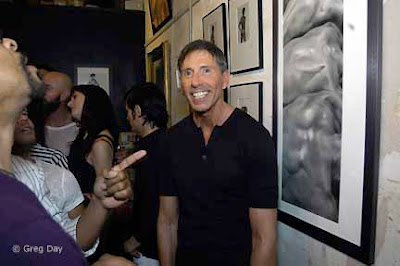 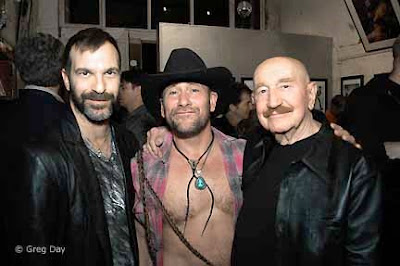 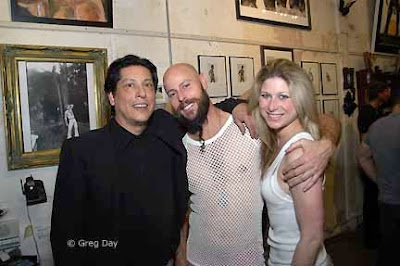 Posted by Antebellum Gallery at 4:49 PM No comments: Links to this post

Email ThisBlogThis!Share to TwitterShare to FacebookShare to Pinterest
Labels: antebellum gallery, even of the season, fun, memories, OPENING, party

have you guys been watching this BS- trainwreck of a person ERIC MASSA?!
unfortunately bizarre behavior and tabloid interviews are now the norm of mainstream politics & media. i don't mean comedy central media, i mean CNN, MSNBC (fox news has been there since inception) media outlets. the ones that used to report real news. for any american that doubted it, let me reiterate ANTEBELLUM'S long standing view-
" everything, no mater how initially bizarre will become mainstream."
we made this statement over 20 years ago. so @ 2010 this is now where we are at-

public implosions will do no good for america. (europeans could care less what there politicians do in their private lives), the only positive thing that can come out of this whole sham is that politicians will now have to run on a platform of who they really are.


(glen beck finds someone more outta the box than himself)

Visit msnbc.com for breaking news, world news, and news about the economy

(bill maher- a comedian's view- on the interviews)

what is the irony of irony is that "mainstream" news programs ask a comedian for commentary, on a story that is bizarre, pointless and has nothing to do with politics, but has everything to do with titillation, fetish and a fratboy-like view of sexual immaturity.
Posted by Antebellum Gallery at 8:26 AM No comments: Links to this post

Email ThisBlogThis!Share to TwitterShare to FacebookShare to Pinterest
Labels: bizarre, fetish in the mainstream, politics, shock of the new, WTF

enjoy your day off the fetishistic way

Posted by Antebellum Gallery at 3:25 PM No comments: Links to this post 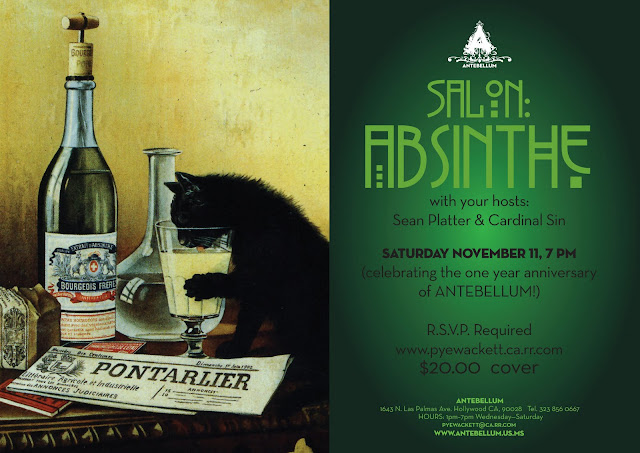 (antebellum's evite for our absinthe salon from back in the day)

yes my libertines, absinthe has made a comeback.
everything you ever wanted to know about absinthe is available HERE-

The Properly Improper Absinthe
(Or How To Drink Like A Bohemian)

In the late 1800’s the “Absinthe Hour” properly began at 5 pm. The phrase paints a picture of Parisian culture at the century’s end: artists, poets and bohemians gathered at cafe tables to sip an absinthe served by graceful waiters with long, white aprons or watering their absinthe from lavish outdoor fountains designed solely for that purpose. It is a genteel picture of light and enlightened conversation at the days end, followed by dinner and a stroll along the boulevard.

The absinthe hour began at 5 pm, but in certain darker corners of the city lasted far into the night, or even into the next morning. For while absinthe’s pedigree includes a Swiss birthright and a Parisian inheritance, it rode into prominence on the shoulders of a workingman. READ MORE-

a demonstration of french style


a demo of swiss style

Posted by Antebellum Gallery at 10:36 AM No comments: Links to this post

THE FUTURE IS NOW-FASHION

some may wonder why i post fashion within a fetish themed art & blog. because fashion is one of the first mainstream outlets to deliver fetish to the mainstream. please take in the amazing fashion show from VIKTOR & ROLF- fall/winter 2010/2011

featuring supermodel KRISTEN MCMENAMY from the 1980s... little tidbit- i worked with kristen many years ago, (circa 1985) with herb ritts. she even wore our "jughead," hat from our hat line called, "I LOVE RICKY."
Posted by Antebellum Gallery at 7:54 PM No comments: Links to this post

Email ThisBlogThis!Share to TwitterShare to FacebookShare to Pinterest
Labels: fashion, fashion as fetish, fetish in the mainstream, shock of the new
Newer Posts Older Posts Home
Subscribe to: Posts (Atom)