THE LEGACY OF EVELYN FRANCIS MCHALE 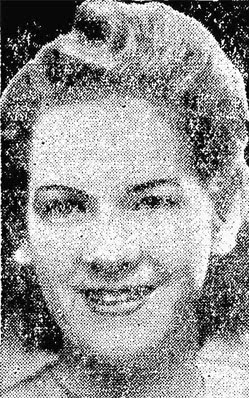 Evelyn Francis McHale
Evelyn Francis McHale was born in Berkeley, California, on September 20, 1923, the 6th of 7 children born to Vincent and Helen McHale. In 1930, the family moved to Washington D.C. for Vincent’s job, but within a few years, Helen moved out of the house for unknown reasons. Vincent retained custody of their 7 children, and later moved with them to Tuckahoe, New York, where Evelyn attended high school.
After graduation, Evelyn joined the Women’s Army Corps, and was stationed in Jefferson, Missouri. It was reported by friends that when she left the Corps, she burned her uniform. She moved to Baldwin, New York, on Long Island, where she lived with her brother and his wife, and she got a job as a bookkeeper at the Kitab Engraving Company on Pearl Street in the Financial District of Manhattan.
During this time, Evelyn met a young former Airman by the name of Barry Rhodes, who was a student at Lafayette College in Easton, Pennsylvania, about 90 minutes west of New York. The two were soon engaged, but a shadow seemed to hang over Evelyn. In the Spring of 1946, she served as a bridesmaid in Barry’s brother’s wedding. After the ceremony, she ripped off her dress, declaring, “I never want to see this again,” and burned it like she had done with her A.W.C. uniform.
On April 30, 1947, Evelyn took the train from New York to Easton to visit Barry for his 24th birthday. All seemed well between the couple, and the next day, Barry kissed his fiance goodbye as she boarded the 7:00 AM train to Penn Station. “When I kissed her goodbye, she was happy and as normal as any girl about to be married.” Their wedding was set to be held at Barry’s brother’s home in Troy, New York, that June. 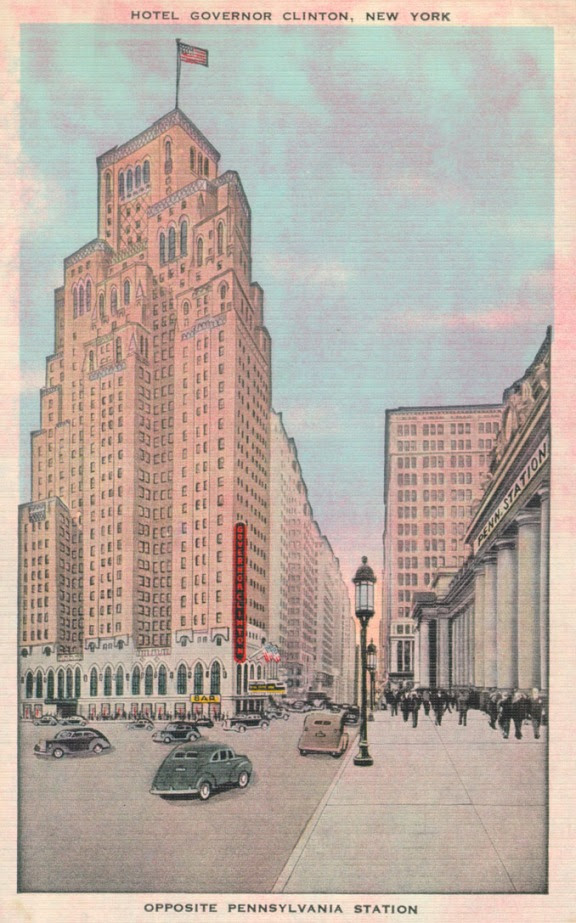 The Hotel Governor Clinton, ca 1932
(Columbia University Library)
What was really running through Evelyn’s mind that morning, no one will likely ever know. Upon arriving in Manhattan, she left Penn Station and walked across the street to the Governor Clinton Hotel at 31st Street and 7th Avenue. She obtained a room, and set about writing a note. It read (strike-throughs included), “I don’t want anyone in or out of my family to see any part of me. Could you destroy my body by cremation? I beg of you and my family – don’t have any service for me or remembrance for me.  Tell my father, I have too many of my mother’s tendencies.”
She folded her note, and tucked it into her small purse along with a few dollars, her make-up, and some family photos. At 10:30 AM, she walked to the Empire State Building, and purchased a ticket to its famous 86th-floor observatory. She slipped off her coat and placed it along with her pocketbook on the floor against the railing. And she jumped. 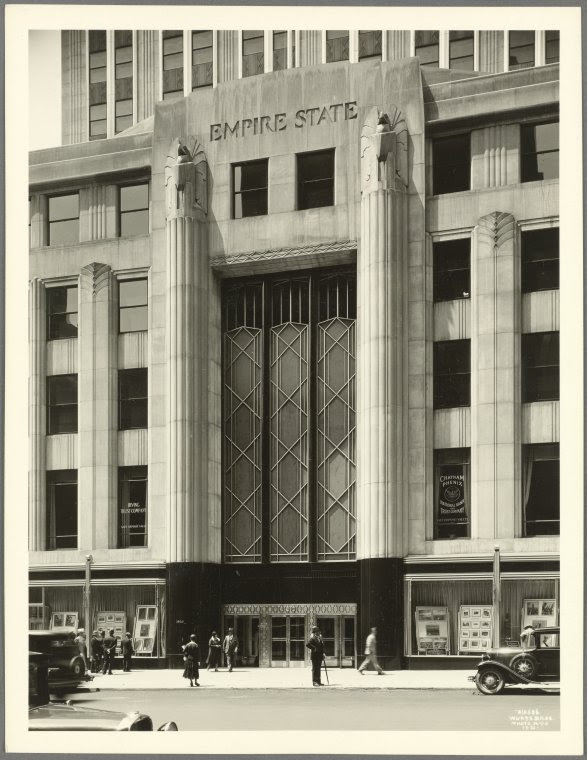 The entrance of the Empire State Building, 1931
(NYPL)
That morning, Patrolman John Morrissey was directing traffic at 34th Street and 5th Avenue. At 10:40 AM, he noticed a white scarf fluttering down from the upper reaches of the tower. Just a moment later, the day’s serenity was interrupted by a terrific crash that sounded like an “explosion.” A crowd formed on 33rd Street beneath the building as pedestrians swarmed to see what had happened. 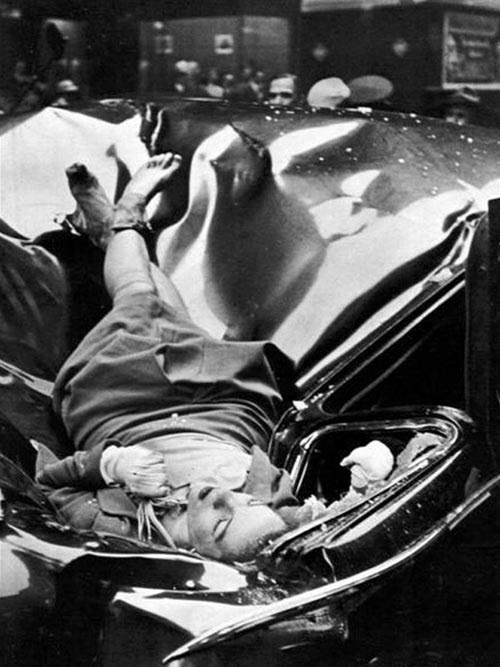 Robert C Wiles
Lying on her back, clutching a strand of pearls at her neck, Evelyn looked to be resting peacefully. Were it not for the fact that she was nestled snugly into the crushed roof of a United Nations Assembly Cadillac, she could even be mistaken for being asleep. But the poor woman, just 23 years old, was dead. A young photography student by the name of Robert C. Wiles happened to be across the street at the time of her demise. Stunned by her beauty, even in death, he snapped a photo of her just 4 minutes after her crash. Almost overnight, she became a pop culture icon: a symbol of tragic beauty. 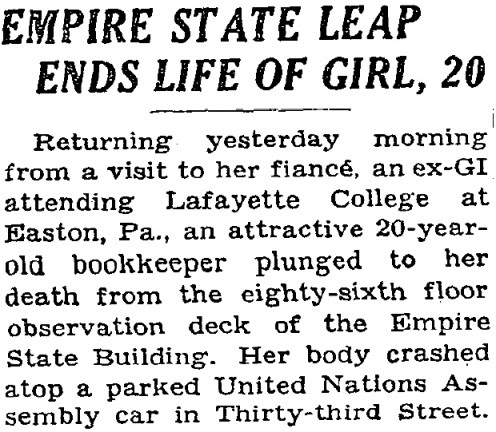 Evelyn incorrectly labeled as 20 years old.
NY Times, May 2, 1947
Evelyn’s sister, Helen , fulfilled the task of identifying her body. Per her wishes, she was cremated and there is no grave dedicated to her. But she lives on through that iconic photo of her final moment. First published in the May, 1947 issue of LIFE Magazine, it has been discussed and reproduced for decades. Even Andy Warhol produced a series of pieces inspired by Robert C. Wiles’ photo of Evelyn. 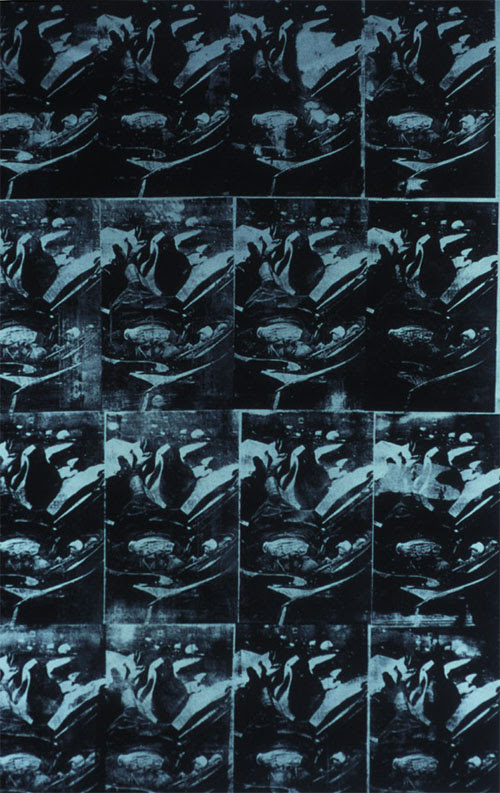 Andy Warhol, from his “Death and Disaster Series,” 1962-67
Evelyn was the 5th suicide or attempt from the Empire State Building within a 3-week period in 1947. In response to her death and its publicity, the building erected a much taller fence to deter would-be jumpers, and they now train security guards to recognize the signs of a potential suicide case attempting to climb the building. Despite everything, more than 30 people have ended their lives in this way since the tower’s construction, including one distraught construction worker.
It seems that Evelyn’s wish for there to be “no remembrance” of her is never to be fulfilled. The romance of her story and her morbid glamor live on in the imaginations of generations who, perhaps, see a little bit of themselves in this tragic bride-to-be. 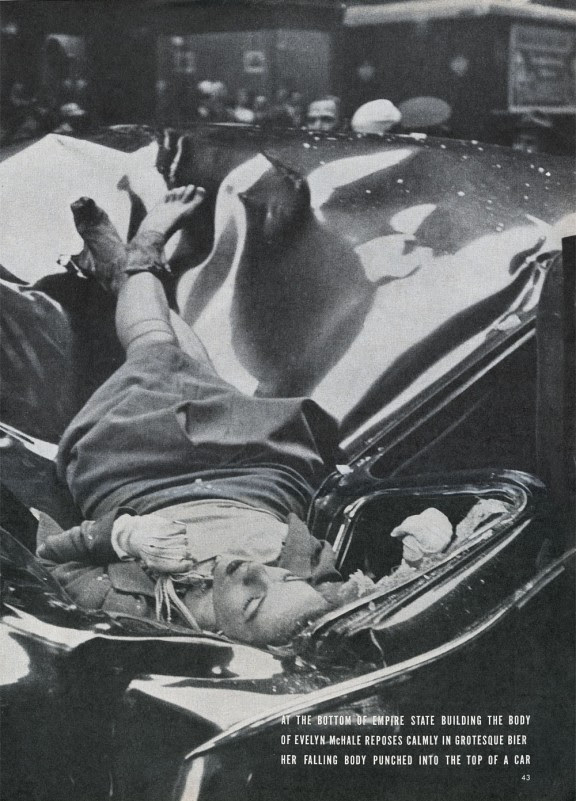 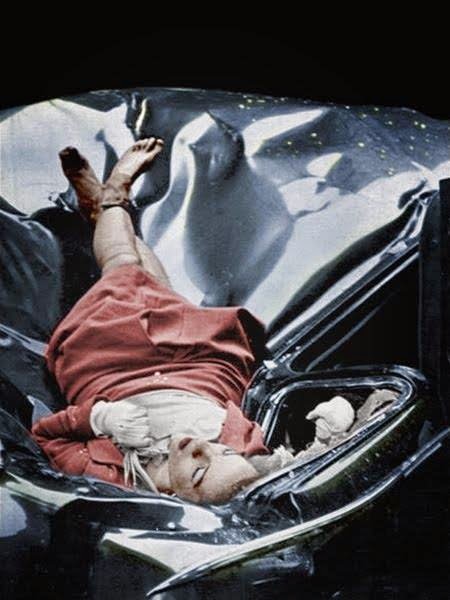 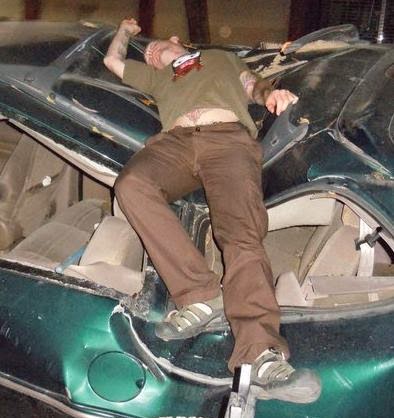 Posted by Antebellum Gallery at 9:54 AM