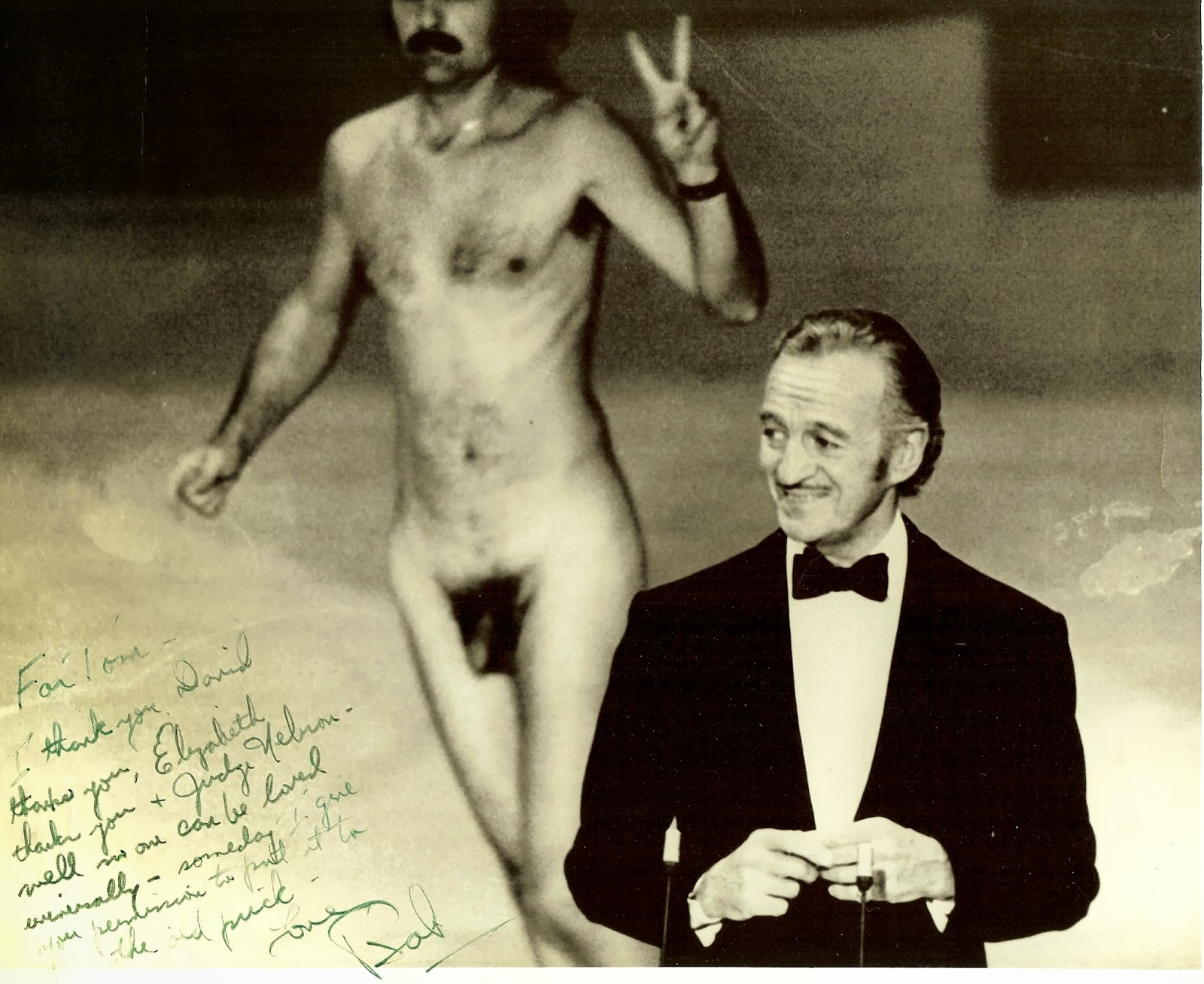 Robert Opel (23 October 1939 – 7 July 1979)
was a photographer, artist, activist, nudist and art gallery owner most famous as the man who streaked during the 46th Academy Awards in 1974. He sneaked backstage posing as a journalist (he had worked as a photographer for the well-known LGBT publication
The Advocate, shortly before) and ran naked past David Niven flashing a peace sign while Niven was introducing Elizabeth Taylor. 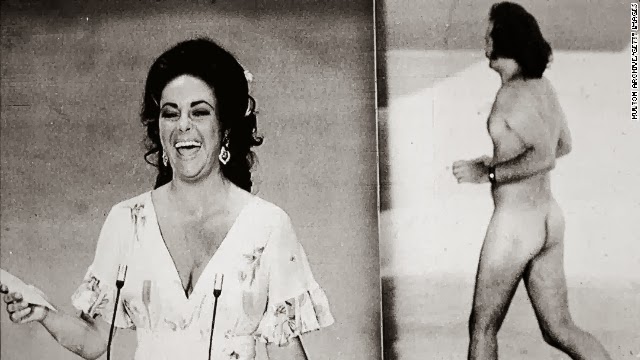 Unfazed, Niven turned to the audience and quipped,
"Well, ladies and gentlemen, that was almost bound to happen... But isn't it fascinating to think that probably the only laugh that man will ever get in his life is by stripping off and showing his shortcomings?"
The episode made Opel something of a celebrity. Producer Allan Carr even asked him to streak at a party for Rudolph Nureyev. 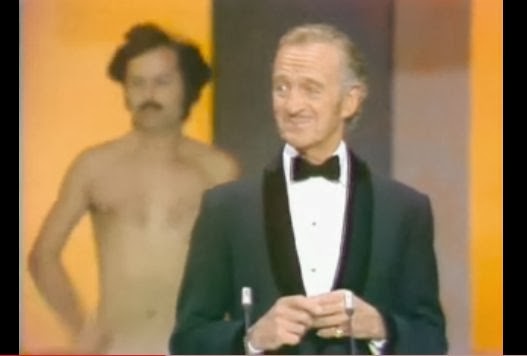 Robert Opel was not only the man who streaked the 1974 Academy Awards.
He opened the first erotic art gallery in San Francisco called Fey Way Studios, (1978- 1979);
exposing the art & photography of Robert Mapplethorpe, Tom of Finland, Etienne & Rex to name a few.
Opel also wrote and photographed for "The Advocate", Drummer, The Hollywood Star, published a magazine entitled "Finger" & also was a guest on the "Mike Douglas Show."
Opel was a friend of Divine, a young John Waters & performed off and on with The Cockettes.
Besides Opel's legendary Academy Awards streak, he also streaked a City Council meeting to
protest an ordinance banning nudity at public beaches as well as streaking other events
and gatherings he felt appropriate to share the gift of nudity, innocence & laughter.
His life sadly ended when he was murdered in his gallery shortly after putting on a stage performance in the 1979 Gay Day Parade entitled
"The Mock-Execution of Dan White" (Harvey Milk's killer)
Speculation has hinted at the police being involved and/or setting up his murder.

Robert Oppel (spelled w/ two "P's") is the nephew of this sexual activist/artist and has compiled and saved
all of the original artwork and flyers from his uncle, Robert Opel's Fey-Way Gallery.
Robert Oppel is an Actor/Director/Musician & collage artist. In 2011 Oppel released a documentary on the life of his uncle called simply; "Uncle Bob."

"my inspiration for antebellum hollywood was based on my obsession of fey way studios and robert opel.
i like to think of antebellum as the fey way of the 21st century "
~rick castro~ 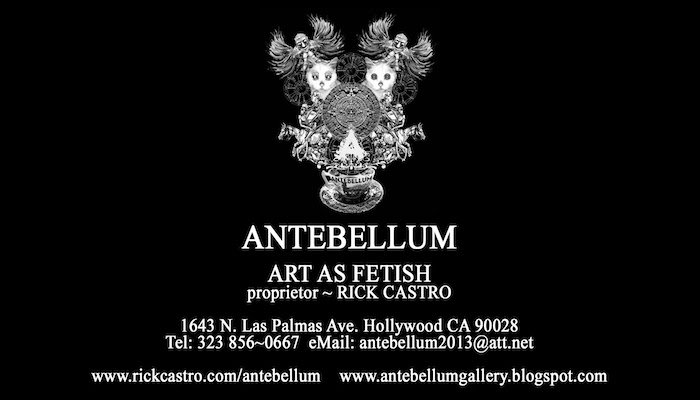 Posted by Antebellum Gallery at 11:31 PM