THE KINGS OF KINK 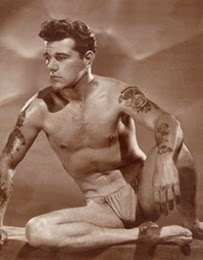 The Kings of Kink

The history of gay erotica has been shaped by countless visionaries and it isn’t limited to just photographers and film directors of the last half century.
By Dave Steinmetz

In our April issue, (2010) we began an ongoing look at some of the artists who have had the most profound impact on gay erotica and kink. We covered mostly visual artists from the last 60 years, including photographers Ulli Richter and Robert Mapplethrope, artist Tom of Finland, performer Peter Berlin, and director Van Darkholme. The history of gay erotica has been shaped by countless visionaries and it isn’t limited to just photographers and film directors of the last half century. There are also writers, poets, painters, and sculptors who have all played important roles in shaping our ideas about gay erotica. This month, we’re going to jump back and forth in time as we examine everyone from painter Charles Demuth, RICK CASTRO and writer Jean Genet to modern legends such as Director Chi Chi Larue. Although artists such as Larue are in the driver’s seat today, artists of the past continue to inspire and to inform their modern counterparts as they reshape our ideas concerning what’s hot. 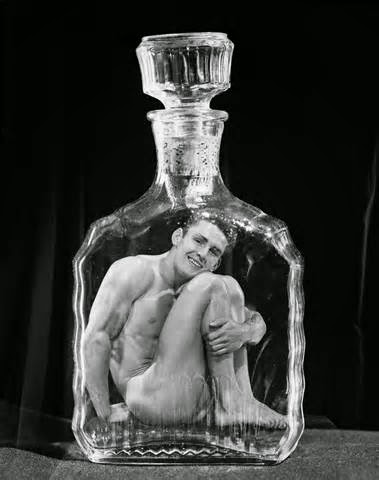 BOB MIZER
(1945-1992)
In December of 1945, Bob Mizer founded Athletic Model Guild. At a time when it was still illegal to produce male erotica, Mizer got around the prohibitions by recruiting his friends (both gay and straight) to pose for “fitness” photographs. Most fans understood it for what it was, despite the fact that it didn’t go beyond being suggestive. Despite numerous scandals, AMG survived and adapted each time new regulations were established. At first genitals were obscured, but eventually posing straps and then finally actual nudity were allowed. Mizer is said to have shot over 10,000 men during his career and he discovered quite a few future stars, including Joe Dallesandro and California Governator Arnold Schwarzeneggar. In 2004, physique photographer Dennis Bell purchased AMG. 2010 marked its 65th anniversary. Mizer’s archive (much of which was previously thought lost) is now being organized, digitized, and released under a new AMG Film Classics label. New films are being made, too – and spinoff label AMG Brasil is helping to keep the AMG spirit alive. For more info, check out the AMG Website. 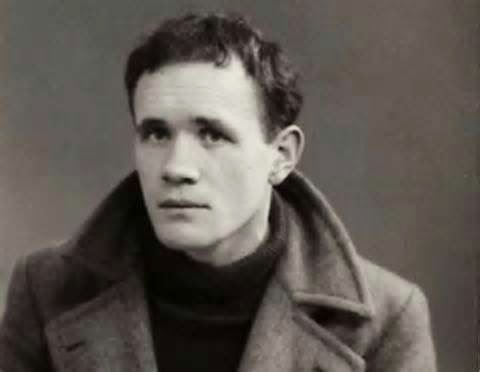 JEAN GENET
(1910-1986)
This controversial and revered novelist, poet, political activist, and playwright led a life that was as wild as his famous novels. After a troubled early life and various prison sentences, Genet met Jean Cocteau in 1944. Cocteau helped Genet to publish the novels that ended up making him famous. At about the same time, Genet was being threatened with a lifetime jail sentence after his tenth conviction. Luckily, the French President set the decision aside after being lobbied by prominent art figures of the day such as Jean Cocteau, Jean-Paul Sartre, and Pablo Picasso. Because of the graphic and provocative portrayal of homosexuality in his books, they were banned in the U.S. by the early 1950s. In the 1970s, he was invited to the United States by the Black Panthers, where he gave lectures and wrote for their journals. He also supported Angela Davis and George Jackson, spent six months living in Palestinian refugee camps and meeting with Yasser Arafat, and became involved with a tightrope walker named Abdallah who committed suicide in 1964. No, Im not making this up – and that’s just the tip of the iceberg concerning Genet’s colorful, eventful life. In 1950, Genet directed Un Chant d’Amour, a short film about the fantasies of a gay male prisoner and his prison warden. In 1982, director Rainer Werner Fassbinder released his film Querelle, based on Genet’s novel Querelle de Brest. Other novels and plays by Genet have also been made into films. For more on Jean Genet’s life and work, visit GLBTQ. 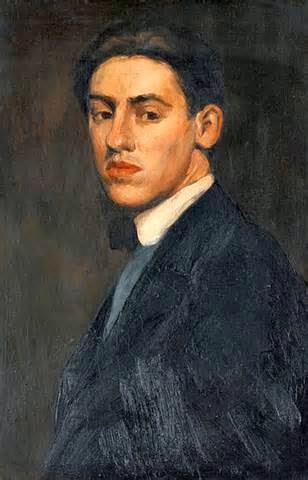 CHARLES DEMUTH
(1883-1935)
Hailing from Pennsylvania (where he remained a life-long resident) Charles Demuth spent time studying at the Académie Colarossi and the Académie Julian in Paris. He became part of the avant-guard art scene in Paris, where his homosexuality was readily accepted. He had his first big shows in New York in 1926. He developed a form of painting known as Precisionism, a cross between the exacting realism of botanical observation and Cubist abstraction. He worked with watercolors early in his career and switched to oils later. Although his repertoire is diverse, he’s known for many of his famously homoerotic paintings, including his provocative self-portrait (at a Turkish bath) and his clearly gay-themed images of sailors. To see examples of his work, check out the online Demuth Museum. 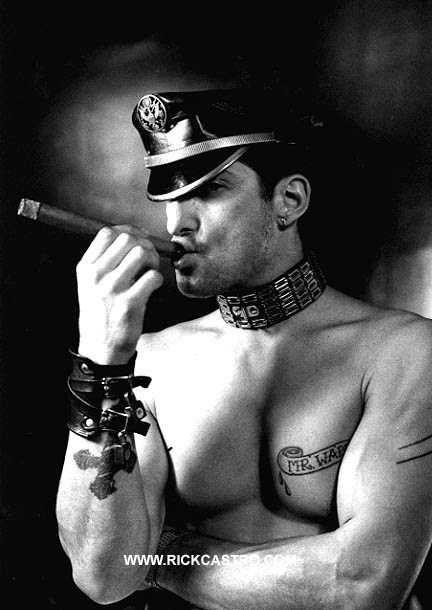 RICK CASTRO
Rick Castro is an American Photographer known for his work focusing on bondage and sado-masochistic sex. He was born in Los Angeles in 1958 and began his work as a fashion stylist and clothing designer. His clients over the years included Bette Midler, Tina Turner, Herb Ritts, and magazines like Interview, GQ, Rolling Stone, and Vanity Fair. Castro first became a freelance photographer at age 30 in 1988, with his work appearing in Frontiers and The Advocate. His first solo exhibition happened a year later at A Different Light Bookstore in Silverlake, CA. Over the years he has had numerous exhibitions and in 1994 his short film of hustler interviews inspired Bruce LaBruce to make his film Hustler White. The two collaborated on the project and it was a great success internationally. Today Castro lives and works in Los Angeles, where he serves as L.A. correspondent for Studio Magazines (publisher of the nude male art magazine Blue) and also owns and runs the groundbreaking Antebellum Gallery, which is dedicated to fetish art. For more information, visit the official Rick Castro website. 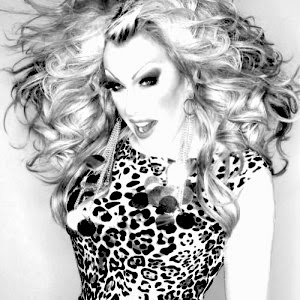