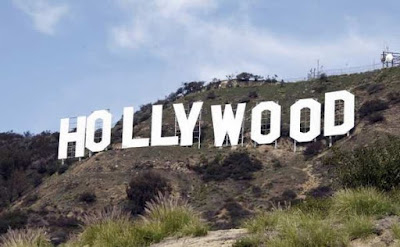 A nonprofit group plans to cover the Hollywood sign with a banner urging "Save the Peak" this week, announcing its effort to purchase nearby Cahuenga Peak from private developers for $11.7 million. 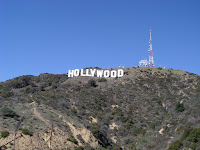 The leaders of Public Trust for Lands intend to disclose their acquisition effort publicly for the first time Thursday morning in Hollywood. They say they have raised about half of the asking price for the 138-acre mountaintop parcel from a Chicago investment group. 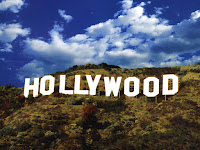 They have an April 14 deadline to seal the deal. The investors purchased the mountain site west of the Hollywood sign from the estate of Howard Hughes in 2002 for about $1.7 million.

The aircraft and filmmaker tycoon bought the mountaintop in the 1930s and planned to build a love nest there for actress Ginger Rogers.

Investors had hoped to sell the land for as much as $40 million for home sites. Their plans prompted Hollywood-area City Councilman Tom LaBonge to ask for the San Francisco-based land trust to help preserve the mountaintop.

But police took the edge off the trust's planned surprised by announcing that the Hollywood sign would be covered Thursday as part of “an international campaign” and would remain draped “until further notice.” 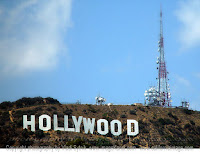 The e-mailed “community alert notification” to Hollywood residents urged that they “not be alarmed” because the 450-foot-long landmark “will remain in place and there will be no changes done to the sign.” Police said the notification was issued “so we do not receive phone calls from worried citizens.” 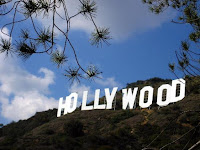 A spokesman for the San Francisco trust, Tim Ahern, said Monday afternoon his group was still awaiting permission to cover the sign from Los Angeles officials and the Hollywood Sign Trust, which maintains the sign. “The police department jumped the gun,” he said. Monday night, Ahern released details of the proposed acquisition.
-- Bob Pool in Hollywood
READ MORE-
Posted by Antebellum Gallery at 8:28 AM

Email ThisBlogThis!Share to TwitterShare to FacebookShare to Pinterest
Labels: END OF AN ERA? local, hollywood, sad